For me it is less literary than Amis' Time's Arrow, but I liked it more personally.

So, as SF it is three stars, but emotionally it was 5 stars. I'll compromise and give it four stars because sic itur ad astra, baby.

Enter: Counter Clock World. Counter Clock World takes place in a future where an event has made time move in reverse. The dead become old-born, and mortuary services dig up the newly risen. The old grow young and the young regress until they rejoin the womb of a volunteer. Libraries destroy information instead of curate it. As for eating?

Well, it gets a little gross. The main thread of the story involves a former religious leader who gained popularity especially after his death.

He is revived by the owner of a mortuary, which leads to a series of escalating events, each more dangerous than the last. Counter Clock World is the expanded, novel length version and was published a year later.

commojorthemist.cf The novel uses the Big Crunch theory that makes the prediction if the universes expansion does not exceed an "escape velocity" then eventually it will begin to contract and time could in theory run in reverse. Back in the mid 's this was still considered quite likely to happen however more recent discovery's suggest that the universe is in fact expanding at a faster and faster rate. 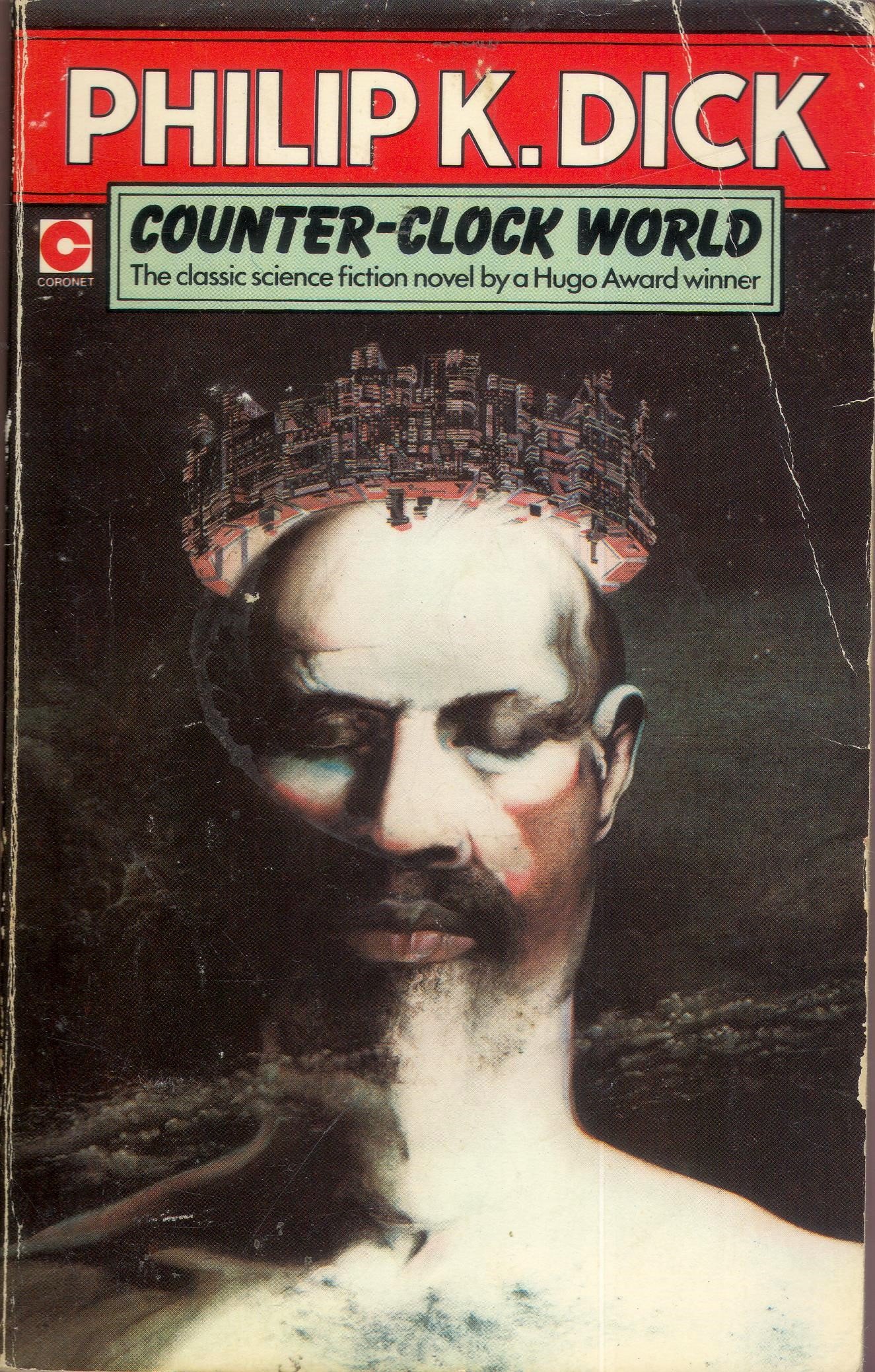 This increasing expansion is however dependant on the dark energy theory - postulated to drive the acceleration but using methods unknown so it is entirely possible that the universe could still see a "Big Crunch" unless scientists can figure out how this unproven dark energy really works. Set against this background we have a story of racial tension and religious intolerance told in Philip K Dick's eminent style and subtle intelligence.

I must admit it took me a little while to get to grips with this book, when imagining time running backwards I picture everying going in reverse, including conversations and peoples actions - partly due to the fact that the only other novel I have read that features reversal of time being the excellent Red Dwarf novel "Backwards" written by Rob Grant - however I can imagine this would be a very difficult book to write while trying to convey the big ideas that PKD does here.